Entries in this blog More and more people are asking about if the holy warrior, "Ayatollah Sheikh Nimr Al Nimr" was the "Nafse Zaki" as prescibed in the prophecies of return of Imam Mahdi a.s (May Allah hasten his reappearance).

To help out your curious mind. You'll witness the riwayats and hadiths related to "Nafse Zaki - Pure Soul".

Note: Before reading below, beware that the signs of reappearance isn't explicitly the result for the return of the Imam Mahdi a.s except the 5 that are obligatory.

1. On the 25th Zil-Hijjah the announcement will be made and the announcer killed (This is the blood of Nafse Zakiyya - pure soul, those whose blood will touch the Ka'ba and who is mentioned in numerous prophecies).

2. His blood will be avenged 2 weeks later when Imam(a.s.) will appear himself at the Ka'ba.

3. In the 13th volume of Bihar-ul-Anwar, Imam Al-Baqir(a.s.) is quoted as saying that "The Qaim (Imam Al-Mahdi(a.s.)) will send one of his companions to Makka and will ask him to inform them that I'm sent by so-and-so to you and that we are the merciful Ahlul-Bayt and the Store-house of 'Risalat' (religious guidance) and 'Khilafat' and we are the progeny of Muhammad(pbuh&hf) and from the time that the Prophet of Islam(pbuh&hf) left this world until now, we've been oppressed and deprived and our rights have been usurped. So we call you to befriend us. When that young man will utter these words, he will be caught and beheaded between 'Rukn' and 'madam' (in Masjidul Haram) and this young man is the 'Nafse Zaki'.......... And between the death of the 'Nafse Zaki' and the re-appearance of Imam Al-Mahdi (A.S.) there will not be a gap of fifteen nights".

4. Nafs-e-Zakiyyah is a person by the name of Muhammad ibn al-Hasan (Allama Majlisi. Bihar al-Anwar 52)

5. He is a descendant of Husayn ibn Ali (Allama Majlisi. Bihar al-Anwar 52)

7. He will be slayed by people of Mecca around the Ka'ba after impart Imam's message to them. (Hashemi Shahidi, Seyyed Asadullah. Introduce of promised person. Jamkaran Mosque Publication. p. 524.)

8. It will rise from the west; a pure soul (nafs zakiyya) will be killed in the outskirts of Kufa with seventy righteous men; a Hashimite will be slaughtered between the corner (of the Ka'ba) and the station of Abraham)

9. As well, before the advent of the Imam, a noble person will be killed during the Hajj rites in Makkah. In the traditions, this person has been referred to as the Pure Soul or an-Nafs al-Zakiyyah.

10. Upon the death of Nafs-e-Zakiyya, a voice will resonate from the skies declaring, “Be aware that your ruler is the Mahdi who shall fill the earth with truth and justice.” (Eqdud-Durar) (http://www.islamicinsights.com/religion/signs-of-the-return.html)

11. Five signs will be seen before the uprising of the Qaim: Arrival of the Yemenite man, Sufyani, Call from the sky, Sinking of the ground in Baidha desert and Killing of the Pure Soul (Nafse Zakiyyah).”

13. After that Imam Mahdi (a.s.) would arise and his standard would be held by Shuaib bin Salih. When Syrians realize that their country has come under the rule of the descendant of Abu Sufyan they would go to Mecca. Nafse Zakiyyah and his brother would be killed at that time.

14. Nafse Zakiyyah (the pure soul) is a young man from the Progeny of Muhammad (s.a.w.s.), his name is Muhammad bin Hasan, who would be killed without any crime and sin and when they slay, him they shall neither have any excuse in the heavens nor would they have any friend in the earth. At that time the Almighty Allah will send the Qaim of Aale Muhammad with a group that in the view of the people would be softer than antimony.

15. Imam Ja'far Sadiq (a.s.) said: And mutual discord in Bani so-and-so is inevitable, killing of Nafse Zakiyya is inevitable and the rising of Imam Qaim is also inevitable.

16. "When Nafse Zakiyyah (pure person) will be killed, a voice from the sky will declare, ‘Your leader is so and so!’ Then Mahdi will rise and will fill the earth with justice and equity." (Ammare Yasir)

Summarizing the Ahadith/Riwayats mentioned above:

2. The Nafs-e-Zakiyya is not a name but a nick name meaning (A pure soul).

4. Killing of Nafs-e-Zakiyya is among the 5 major signs of reappearance of the Imam Mahdi a.s

5. He would be Syed Hashmi (from the progeny of Prophet Mohammad s.a) (Ayatollah Nimr is not a Syed but a Sheikh)

6. Nafs-e-Zakiyaa would call upon people to introduce the Ahlulbayt but he would be killed for this.

7. Imam Mahdi a.s would rise right after 15 days of killing of Nafs-e-Zakiya.

I've collected the above Signs from several websites. Thus the Ahadith mentioned may be Sahih or Zaieef (Strong or weak respectively)

Hope you would conclude it on your own. 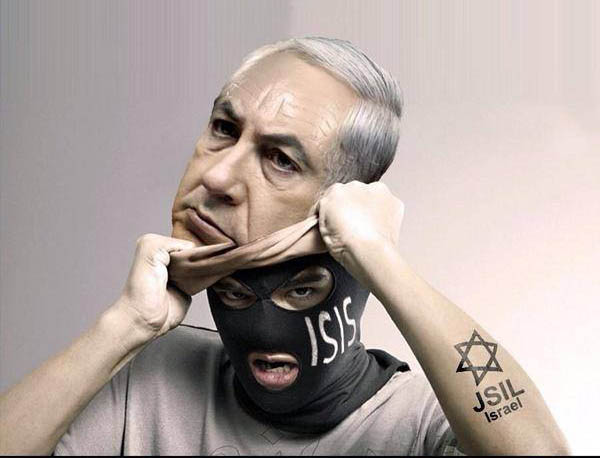 We all have heard a lot about Sufyani and yet couldn't recognize it because of several reasons. Till today, there are mix stories about Sufyani so I thought to compile all about Sufyani in deep so that interested eyeballs could benefit from it.

Sufyani is a character and his appearance is one of the signs of reappearance that has to be appeared before the arrival of Imam Mahdi a.s. Rise of Sufyani, Yamani and Khurasani in the same year, month and day is one of the signs that is mentioned iteratively in many of the Ahadith which proves its importance as a proof of nearness of Imam Mahdi a.s.

The mystical sufyani is named as "Usman bin Anbasa" and would rise from the deep Damascus (Syria). He would have small pox, a christian cross hidden in his neck and not much popular among the Syrians but identified as a person who would take revenge against the Ashab(Lion - Merely Bashar ul Assad) and Abqa()Patchy dotted face). He would be the most ferocious killer of the time and one of the Ahadith of Imam claims that Abu Sufyan was the man who hated Imam Ali a.s and killed him, Mawiya was the one who killed Imam Hasan, Yazeed killed Imam Hussain a.s and then the Sufyani who would appear to confront Imam Mahdi a.s.

According to Imam Ali a.s that the man would appear from deep damascus (Wadi-e-Yabas), he would be illiterate, ill-mannered and ill-faced having small pox on his head. If you see him, he would then look like one-eye binded (Kana in Urdu), he would appear in Damascus and sit on the minbar of Damascus.

Events mentioned before his appearance:

According to Imam Ali a.s quotation (summary): Shaam (Syria) would be rattled by a horrific earth quake leading to the killing of 1 million people. After this, you would see white/black vehicles (vehicles without ears and tails) coming from the West (Magrib) having Yellow colored flags in their hands and they would start killing from the West part and reaches to Syria. When you see this, you should wait for the land (named as Marmarsa or Harasta) near Damascus to be buried into the ground. When this happens you would see Sufyani would rise from the deep of Damascus, Syria. Sufyani will appear in the scenes to destroy Ashab and Abqa in islamic month of Rajab (as mentioned above). Riwayats says that the all of the 3 including Abqa and Ashab would create a menace just because they wanted to rule the Syria. Sufyani would kill the both parties and win over them. One thing to remember is that Sufyani wouldn't rule more than 9 months(mentioned frequently by imams). There is a gap of 6 months of his appearance and Imam's reappearance.

Sufyani would be well received and supported by the majority and so does he win over Ashab and Abqa. Further more, Sufyani would be very powerful and the frequent Ahadith claims that Sufyani would be able to invade 5 places including: Damascus, Homs, Urdun (Jordan), Qansarin (Aleppo I think) and Iraq.

After taking over Jordan, Sufyani would then move to the Iraq where there will be many groups fighting including Rome (West - USA/Britain/France/Europe) and Turks (Russians) and Iraq forces. They all would lose man power because there would be a horrific bloodshed killing thousands. After this, Sufyani would enter Iraq, defeats Yamani and the lands where Yamani have already secured its positions till they reach Kufa where Sufyani would kill Shias ruthlessly and will call for people to bring them the heads of Shias to get a reward in return. There will be certain uprisings against Sufyani in Iraq but Sufyani would prove more powerful.

After so much success, Sufyani would be greedy to attack Iran and hence move towards Shiraz, Iran where he would fight withSeyyed Khurasani.

Sufyani's faction of army would march towards Medina but Imam would have already appeared in at that time in Makkah and would wait till the Sufyani's army (Sufyani wouldn't be there in the army sent to Hijaaz) would grounded between Mecca and Medina. There are also claims that Sufyani's army would destroy Medina for 30 days. That army of Sufyani will then move to Mecca where they will be buried down into the ground.

Raamallah (Israel/Palestine) would be the last stop of Sufyani because after the reappearance of Imam Mahdi a.s he would leave Makkah and then move towards Raamallah (Israel/Palestine) recapturing every region under Sufyanis control. This would be the end of Sufyani's 9 months and the beginning of the world wide revolution of confronting USA (Romis) and Israel (Yahoodis).

Get access to the map I've marked on Google Maps